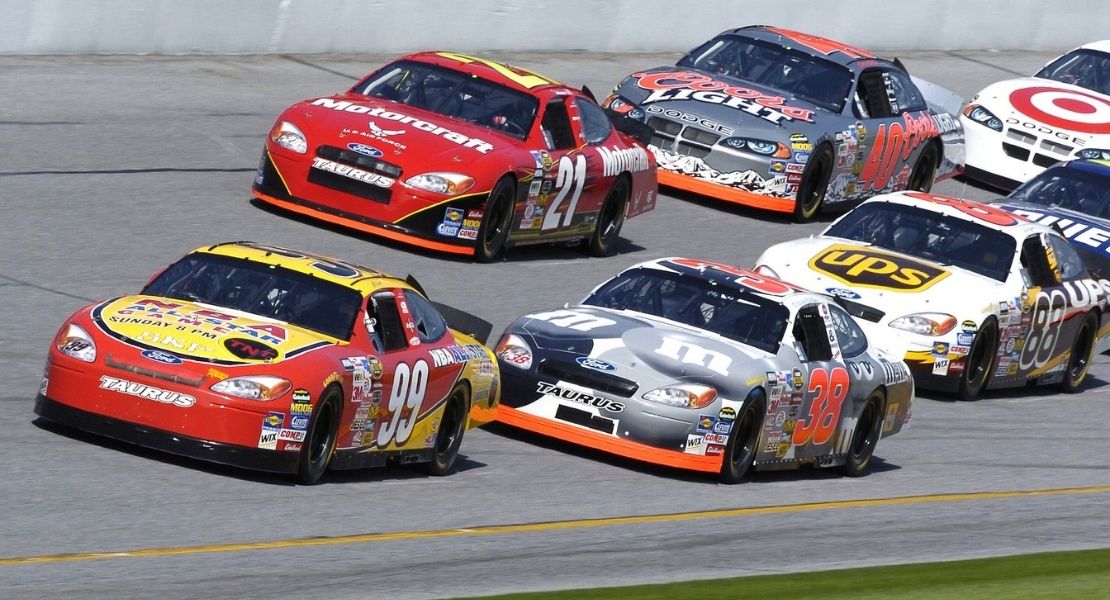 Nascar Presented the New Cars for 2022

The American series changes radically, with the introduction of technological innovations and a philosophical concept for the next generation of stock.

The Nascar has officially entered a new era with the public presentation of the cars taking part in the series since 2022. The seventh generation of stock-car will upset many of the axioms on which it is based for decades this kind of races. The project was carried out together with Dallara, with also a long test phase which, in the last period, seems to have reached the objectives after the delay of a year, due to the Covid crisis. Result, a considerable technological leap forward. Via H gearbox, rigid axle, metal bodywork, five-nut hubs, inside a lot of new technology. Nascar, here’s what the 2022 cars will look like.

The main change, however, is not technical but of philosophy And it is a revolution. In the past, teams built cars from scratch with different suppliers or by making them in-house. However, due to the restrictive regulations the final machines remained very similar and, with large investments in each area, it was increasingly difficult to make a difference. In other words, a huge increase in expenses for ever smaller margins. A rare example of how outdated technologies don’t necessarily make you spend little. Some have called it a “broken” business model in which the expense required to gain a competitive advantage was more than proportional to the advantage itself. What’s the point of continuing? In addition, there is physically different cars for each track.

A situation that in the past we had tried to limit. It was thus decided to embark on a new path, similar to the one that many other championships have pursued with varying degrees of success, from the Japanese Super GT (but also the DTM), to the Australian Supercars. The cars will be built by assembling standard components produced by single suppliers. Teams will purchase the approved parts and put them together, even if process efficiency and set-up development they will remain very important, and will in any case favor large spending capacities. However, for teams, life will not be easy at first because they will have to completely change the procedures and working methods.

There will be major internal upheavals, and job positions that will vanish or be reshaped. Probably, in the big “powerhouses” the economic advantages will be seen in several seasons. Conversely, smaller teams see a chance to optimize work, enter the series or scale up with less massive investments than in the past. On paper, the new cars and components will be “universal” for all tracks. The asymmetry will disappear that characterized them for aerodynamic reasons, and will have a set-up range potentially adaptable to any situation, with also configurable aerodynamics. In theory, you can always use the same car by adapting it from time to time. It is not certain that the teams will not keep more copies anyway, but there will be fewer advantages and the teams will be limited in the number of cars (seven) rather than unlimited as now.

But apart from this, what are the technical innovations in detail? The chassis will remain steel (with shock absorbing components), but will be modular in nature, so with a central part and removable and replaceable front and rear sub-assemblies. It will be produced by Technique, a company already expert in the production of Stock Car chassis founded by former driver Ronnie Johncox. The brakes come from AP Racing with 6 pumping calipers at the front and 4 at the rear and 15-inch discs at the front and 14 at the rear.

A step from the current ones, to which the pilots will have to get used to. The rims will be BBS18 x 12 with single-nut attachment instead of 5-nut (one of the least loved novelties by traditionalists). Almost total change for the suspensions, all independent with overlapping triangles: the old rigid bridge at the rear will disappear, now on the verge of extinction even on the series product. 4-way Ohlins shock absorbers with Hyperco springs will be used. Also in this case, the drivers will be faced with a great novelty and will have to “calibrate”, but it must be said that the same step was taken in 2013 by the Australian V8 Supercars, and there were no major upheavals in the values ​​on the field. The steering was also new. No more ball recirculation, but a modern rack and pinion system.

Th aerodynamics will see for the first time the presence of a rear speaker, with a central flat bottom and front splitter. Splitter and spoiler will be configurable according to the tracks and the directives of the category to add or remove loads. More aggressive are the forms with 4.91 meters in length, 2 meters in width (like an F1) and 1.28 in height. The rear overhang has been shortened. The body will be in composites (no more sheets) and will be built by other American companies, Five Star and Kirkey. It will be highly customized for the three manufacturers: the design has received unanimous positive opinions, with a greater proportion in the forms and an aesthetic more consistent with the road models. News also at the pit stop. In addition to the single nut for the wheels, a quick coupling system will be used for the fuel.

The Engines Remain the V8

The engines will remain, for now, the current 5.9-liter V8 with throttle body injection, supplied by the “builders” TRD for Toyota, Roush-Yates for Ford, Childress Hendrick for Chevy. However, the cooling systems will change, with outlets on the hood in GT style, exhaust (on both sides) and the transmission sequential 5-speed Xtrac(with manual selector) against the previous 4-speed H-speed.

This is another element that will lead the drivers to adapt their driving style, plus the not insignificant part of the re-starts, which will be much more “performing”. The platform is able to accept a certain degree of electrification and for 2023 or 2024 the introduction of a hybrid system remains on the plate. For now it is known that the goal is to introduce hybrid units with common components. The coincidence of dates with the LMDh endurance class (also with single-supplier hybrid) may not be entirely a coincidence.

For other components, too, the focus was on well-known suppliers, also calling into question the engineering companies of the same teams. Brake hoses, flat bottom, and safety flaps, in addition to other components, will be Roush Racing, while Childress will produce the wheel nuts. Barney Visser (owner of the late Furniture Row Racing) will produce the suspension triangles. Aerotec will supply the tank, Dallara the cooling pipes and McLaren the electronics: control unit and digital dashboard.

The Struggle for Survival

Like all championships, in a changing world that risks making motorsport increasingly marginal, Nascar is facing a battle for survival. Not in the short term, but over the next decade. Manufacturers are in fact announcing the switch to electric for the 2030s and racing, in particular the more “energy-intensive” ones will have to find their place in an evolving general framework. Over the past year, NASCAR has changed dramatically (according to some too much) the marketing model, turning a little ‘back to “historical” supporters to seek more consensus in the general public. At the same time, investments were made in eSport, and Nascar is the category that has put aside virtual races the least with the resumption of activities. So much so that the new car has already debuted in the official online competition.

In addition, the language of communication has changed significantly, much less “plastered” and more carefree. The goal is to win over the young and very young of today who will have more maturity in 2030… and greater purchasing power. The television numbers, at the moment, do not yet show particular improvements, but such a radical change takes time and the challenge is all in the medium term on the new television contracts. The series in 2013 signed a contract with Fox and NBC for almost a billion dollars a year, and it seems very difficult that certain figures are still reached: the real potential for a renewal will be seen between 2022 and 2023, with the hope of halt a substantial decline that has been going on for several years.